How Does Zeolite Work in the Body? 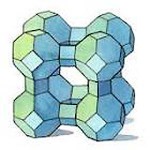 Toxins are trapped within the negatively charged pores of zeolite, and are protected by its strong cage-like structure.

Zeolite may sound like it is some kind of turn-of-the-century, cure-all elixir, but its powers are purely legit. The process of how it works is actually quite simple. When ingested, it travels throughout every crevice of the body. Since the Zeolite is negatively charged, it is automatically attracted to cells containing positively charged toxins. The zeolite molecules never actually go into the cells. They merely go to the outer cell walls, where they then pull positively charged toxic molecules out through the walls. The toxic material is immediately sucked up into the zeolite’s porous shape. Since zeolite has a strong cage-like structure encapsulating and protecting the bond it has with the toxins, the toxins are never re-exposed to the body. This ultimately means that there is NO HEALING CRISIS (or Herxheimer Reaction) when using zeolite.

5 Responses to How Does Zeolite Work in the Body?