If your New Year’s resolution is to lose weight, you may want to detox first. Evidence has recently come about attributing weight gain and obesity to toxins, such as PCBs, the biocide tributylin (TBT), and Bisphenol A (BPA).  The fact that your body may be overloaded with fat cells might make achieving your goals near impossible. Detoxing with zeolite before, and while dieting, will help you get to your weight loss goal.

The majority of toxic chemicals we are expose to enter our bodies through food and water. We are also exposed many toxins through polluted air. These toxins contribute to weight gain in multiple ways. One, being the fact that many toxins are hormone disruptors. Chemicals, especially ones like BPA, which often originate from plastic containers and bottles, block signals that regulate metabolism. They are stored in fat cells (white adipose tissue) and bind to gene signaling mechanisms, which cause the formation of new fat cells. Ultimately, these newly formed, chemically induced fat cells are often damaged by the toxins, and cannot perform metabolically, and are unable to produce leptins. 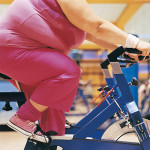 No matter how much you reduce your calories and exercise, toxins may be preventing you from losing weight.

Leptins are protein hormones that are essential for regulating energy storage in the form of appetite control and metabolism. They signal to the brain that the body has had enough to eat by producing a feeling of fullness and satisfaction. This feeling helps to curve obesity by making it easier for people to resist high calorie foods. Studies on rats demonstrated that when leptins are blocked or damaged, obesity will occur. Moreover, fat cells that have been damaged by toxins will fill up with excessive fat molecules and toxins. These cells become overloaded and make it even harder for the body to break them down. This means that many people will not be able to lose any weight at all, regardless of how little they eat and how much they exercise—not until their toxicity is addressed.

The body stores these toxins because they are useless in performing any functions in the body and because they are recognized as being toxic and dangerous. The body smartly packs these toxic materials away into fat cells in order to protect itself from being poisoned. Moving the toxins as far away as possible from circulating in the blood stream and from the processes of vital tissues and organs is the body’s only recourse. When weight loss occurs and these fat cells are broken down, a large amount of toxins will flood the blood stream and circulate throughout the body.  When this happens, especially after exercising, people often feel sick because they are being poisoned. Eventually, they may become discouraged from the ill feeling and give up on losing weight. It is for this reason that detoxing, while dieting and exercising, is imperative.

How to Detox with Zeolite for Weight Loss

Escaping these toxins is impossible, no matter how healthy you are and how well you eat and drink. They are in our food, air, and water. Everyone has toxic chemicals and heavy metals built up inside their bodies. Yet, the more overweight one is, the more toxic their bodies are. The more toxic one is, the harder it is to lose the weight. Everyone should improve their lives by detoxing, but this is so much more necessary to those who are overweight, losing weight, and/or planning to lose weight.

Zeolite is a natural mineral, which is a safe and effective detoxifier. When compared to other natural forms of detoxification, Zeolite is far superior because there is no healing crisis associated with it. This means no sick feeling. Before you get started on your new diet and exercise regime, take 2 doses of Zeolite a day. This will help clean out any chemicals that may already be built up in cells or that are loosely floating through the blood stream. You can start exercising a day or two later; however, detoxing at this level should continue for at least 90 days. It is also important to make sure that one of the Zeolite doses is taken before exercising. This will help protect you from being poisoned and feeling sick by capturing toxins as they are released from fat cells that are being broken down. Zeolite is perfectly safe, and has no adverse side effects, so don’t work about taking it past the 90 day mark. It can be taken for an indefinite period of time, and help to flush out any of the daily toxins to which you may be exposed.

For the purest Zeolite, make sure you invest in ZEO Health’s Zeolite Pure. It contains nothing but the purest Zeolite available, and gets you the most Zeolite for your dollar.  One container, if taken twice a day, will last approximately 45 days. It is sold by Regal Supplements, who also offer volume discounts, which are perfect for those needing long term weight loss plans.