Zeolite is an amazing mineral and health supplement that, when ingested, has the ability to detoxify and heal the body. But besides this, zeolite can also be used topically for several purposes: to fight periodontitis, to cure athlete’s foot, and to accelerate the healing of minor cuts, wounds, and burns.

Periodontitis is when microorganisms infect the ligaments and bones that support the teeth, which can cause the loss of teeth. Zeolite helps to stop the spread and effects of periodontitis.

Periodontitis is a severe dental disease that is initially caused by microorganisms, which adhere to the surface of teeth. Eventually, these organisms cause gingivitis (inflammation and infection of the gums).  If left untreated, the bacteria and swelling will spread from the gums to the ligaments and bones that support the teeth. This disease is serious because a person who is suffering from periodontitis will eventually lose their teeth if it’s left untreated. Periodontitis is the leading cause of adult tooth loss.

Zeolite has actually been used as a treatment for periodontitis. It is believed that this mineral helps to absorb the microorganisms responsible for inflammation and infection. It can be used by applying powdered zeolite directly to the gums and/or mixing it in with toothpaste before brushing.

Athlete’s foot is caused by a fungal infection on the skin of the foot. Zeolite, when used topically, has proven to be effect against this fungus.

Athlete’s Foot is a rash located on the skin of the foot, which is caused by a fungal infection. The technical name for this fungus is tinea pedis, and it is closely related to other common forms of fungal infections, such as ring worm and jock itch. Athlete’s foot usually develops on the moist area between the toes, but can easily develop on other areas of the foot. Signs of athlete’s foot include itching and burning between the toes and on the soles of the feet; itchy blisters; cracking and peeling skin between the toes and on the soles; excessively dry skin on the soles and sides of the feet; and toenails that become thick, crumbly, ragged, discolored, and pull away from the nail bed.

Zeolite has been shown to be an effective topical treatment for defeating Athlete’s Foot. Though not enough studies have been done to understand how zeolite works against Athlete’s Foot, it is believed that the zeolite may absorb the fungus. (On a side note, people who have ingested zeolite supplements have noticed improvements in, and even the disappearance of, fungus infected, yellowed toenails.) 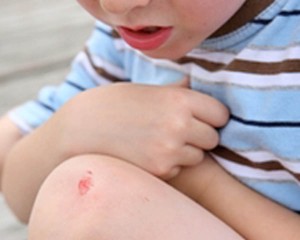 Zeolite is known to help accelerate the healing process of wounds, cuts, and minor burns. This rejuvenating ability of zeolite was first realized in the United States among zeolite mine workers. Miners are often subjected to minor cuts and scrapes due to the nature of their industry. These zeolite miners noticed that their scrapes and cuts healed a lot faster than normal, and they attributed it to the zeolite dust that stuck to their wounds. In Cuba, farmers rub zeolite powder into the wounds and cuts on their cows and horses because of the accelerated rate of healing. Recently, it has been used to help speed up the healing of process of surgical incisions and has also been on minor burn wounds. 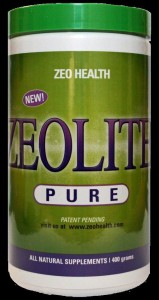 Zeolite Pure is pure clinoptilolite powder, which can easily be mixed with water and apllied topically.

Make sure that you are always using a powdered form of clinoptilolite zeolite that has been micronized. Also, make sure that the powdered zeolite is pure, in the sense that no other ingredients have contaminated or have been added to this powder. ZEO Health manufactures a product called Zeolite Pure, which contains 400 grams of nothing but pure clinoptilolite powder.

When using zeolite topically, make a muddy paste by mixing together a small amount of water and zeolite powder. Then apply evenly to skin, until it flakes off. Reapply when necessary, and until issue is resolved.

1 Response to Topical Uses for Zeolite