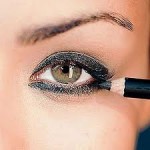 What heavy metals are you being exposed to through your makeup?

From 99 cent drugstore eyeliner, to high-end expensive lipstick, practically every cosmetic contains  heavy metals and other toxic chemicals. The skin is the body’s largest organ and is very absorbent. A majority of people aren’t aware that they are exposing themselves to high doses of lead, mercury, cadmium, arsenic, and other dangerous substances by using these everyday products on their skin.

Dangers in our Products 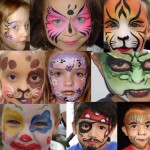 Children are being exposed to high levels of lethal heavy metals through face paints.

In 2007, the Campaign for Safe Cosmetics, in the United States, tested a number of popular lipsticks for lead. When they confirmed the presence of lead in these products, they sparked many to wonder what other toxic materials people were being exposed to through cosmetics. The results of these tests inspired other countries, such as Italy, Ireland, and Canada, to conduct their own tests on popular products. All of these nations discovered high contamination levels in makeup sold to their citizens. For example, in 2009 the Canadian Defence tested 49 different cosmetic items from popular makers, such as Laura Mercier, MAC, L’Oreal, Mary Kay, and Sephora. These products included 5 foundations, 5 blushes and bronzers, 7 mascaras, 14 eye shadows, 8 lipsticks and glosses, 4 powders, and 4 concealers.  Varying levels of arsenic, cadmium, lead, nickel, beryllium, thallium, and selenium were found in all of these products. In 2010, the Campaign for Safe Cosmetics analyzed children’s face paint by testing 10 brands. They found that 6 of the 10 face paints contained immense levels of nickel, cobalt, and chromium, which could all have serious and devastating effects on our children.

Why hasn’t anything been done about this?

Even though the public has known about heavy metals in cosmetics for a few years, nothing much has been done by any government to protect their citizens. What makes heavy metals in cosmetics so dangerous is the fact that much of them are well above the safety limits set by these governments. In the US, cosmetic safety falls under the Food and Drug Administration’s (FDA) control, which continues to allow heavy metals to be sold in makeup. These toxins have essentially been grandfathered in—meaning that the products were approved and being sold before people realized how harmful they were. And now that we know, the government is doing very little to force companies to create safer products. This is partially due to the fact that the FDA does not do routine testing on cosmetics and does not have the established legal power and guidelines to force companies to conduct pre-market assessments of products and ingredients. Also, the FDA does not require companies to list any heavy metal contaminants on labels.  Since there seems to be no pressure on, or motivation for, companies to make their products safer, it is very difficult to find cosmetics on the market that are free of heavy metal. The few products that do not contain heavy metals are usually labeled with the words “natural” and/or “organic.” Currently, cosmetic manufacturers are not required to list any heavy metal contaminants on the label.

What can be done about this?

There are a couple courses of actions that can be taken against heavy metals in cosmetics. First, don’t wear any makeup if it doesn’t say “organic” and/or “natural” on the label! By doing this, you’re not only protecting your health, but also letting companies know that consumers will not purchase potentially harmful products. Secondly, petition the government and/or your local representative to create laws, so that they will protect the well-being and safety of citizens. And lastly, take a daily dose of zeolite.

Heavy metals, like other toxins, build up in the body, sit in cells, and disrupt normal cellular functions. Depending upon the toxin, various types of ailments, such as cancer, will most like result from having these heavy metals built up in the body. If you’ve been wearing makeup for many, many years, you probably have significant amounts of these metals built up inside your cells. But it’s not too late to do something about it! Taking a daily dose of zeolite will help to pull all of these disease causing metals out of cells and expel them from the body. It’s important to take a zeolite supplements every single day because we are exposed to so many pollutants each day. We may know that cosmetics contain heavy metals, but this information only recently became public knowledge. Think of all the other toxic metals we may be exposed to each day and will never be aware of it.