The following is a summary of an article that was published in the Journal of Environmental Health in early 2009. It explains how the FDA discovered that traces of mercury were in high fructose corn syrup, and why since discovering this, the FDA has done nothing to stop this industries from adding contaminated high fructose corn syrup to our food supply.  The journal article is a bit difficult to understand because it’s so technical. This summary is much easier to understand and explains a lot that was assumed by the authors of the original article.  While reading this, please keep in mind that mercury does not leave the body, and continues to build up over time. Zeolite is an easy solution to detoxing the body of mercury. If the FDA is not working to protect our health, we can take matters into our own hands and regularly detoxify our bodies of any heavy metals. 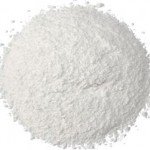 Zeolite supplements helps take heavy metals, like mercury, out of the body.

“Mercury is a heavy metal and can be found in several different forms—as a water-soluble inorganic salt, a lipid organic compound, or metallic mercury. Despite its form, mercury is highly toxic and damaging to the neurological system. Organic mercury compounds, such as methylmercury, often found in fish, have been found to be extremely damaging to nervous tissues because they are able to easily cross the blood-brain barrier. For instance, methylmercury is linked to hindering the neurological development of fetuses. Studies have shown that this adverse effect continues even after birth, wherein brain functions are severely interrupted, heart rates are slower, and oxygen supplies are lower than normal. In adults, excess mercury has not only shown to cause severe brain damage, but also extensive hearing loss. People are commonly exposed to mercury through vaccinations, “silver” dental fillings, and the food supply. 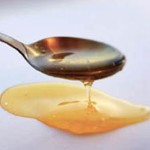 Traces of toxic mercury have been discovered in high fructose corn syrup.

Food is the most common way in which people ingest mercury. It is first introduced into the food chain through manufacturing and agricultural industries that omit toxic chemicals that run-off into the water supplies. Fish naturally absorb this mercury, and it is passed on to any person or animal that might eat the fish. Mercury is often spread throughout our food supplies because farmers use protein matrices containing fishmeal and fish oils. These food additives, which contain bioconncentrated monomethyl mercury, are fed to chickens, swine, dairy cows, livestock, and farmed fish. This heavy metal becomes trapped in the cells of the animals, which are then passed on to humans in fat components, once these animals, and/or their produce, have been consumed. The Food and Drug Administration (FDA) is well aware of these toxins in our food supply. Under a FDA program, known as the Total Diet Study (TDS), various forms of food have been tested and retested for nutrients and containments. During testing in 2003, the FDA discovered that mercury was present in several foods containing high fructose corn syrup (HFCS). 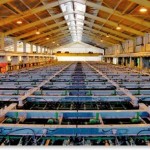 The way in which mercury finds its way into some foods containing HFCS is through the production of sodium hydroxide (caustic soda).   Sodium hydroxide is a common element used in food processing. It is added to HFCS, which is then added to foods, to extend their shelf-life. Sodium chloride is treated through an industrial process called mercury cell chlor-alkali that consist of giant machines, in which sodium chloride is separated to create chlorine and sodium hydroxide. Chlor-alkali plants have an average of fifty-six cells, each containing approximately 8,000 pounds of mercury.  It is believed that during this process, mercury from the chlor-alkali leeches into the caustic soda, which then lands up HFCS. Throughout the world, there are about fifty mercury cell chlor-alkali plants, eight of which are currently in operation in the United States. The Environmental Protection Agency estimates that several tons of mercury went missing from these plants in 2000. This finding suggests that much of the missing mercury leeched out into the caustic soda used for food processing or has been emitted into the environment. This also holds devastating implications for humans and wildlife since mercury is a potent neurological toxin and has been linked to brain damage at low doses. 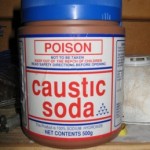 In the report originally submitted by the Vulcan Chemical Company to the EPA, it was established that the HFCS industry primarily uses caustic soda and hydrochloric acid in its production. In reaction to this declaration, the Environmental Health Officer began an investigation into the industry. In 2004, while looking into an organic producer of HFCS, it was revealed that the industry uses both mercury grade caustic soda and membrane grade caustic soda. Membrane technology is another method used for creating sodium hydroxide, which is more energy efficient and does not require the use of mercury. Though a majority of caustic soda is created through membrane technology, a great deal is still created in mercury leeching chlor-alkali plants, most likely because it is cheaper to continue using them than to replace the mercury cells with new, non-mercury leeching, technology.

High fructose corn syrup is a sweetener, but is used by manufactures to process and extend the shelf-life of foods. In order to make HFCS, corn is processed through a number of stages—it is cleaned, shelled, soaked, and milled.  In the end, several corn products are created, which include corn oil, animal feed, starch, and corn sweeteners. In order to make HFCS, numerous chemicals, such as powdered carbon, calcium chloride, alpha-amylase, gluco-amylase, magnesium sulfate, and isomerase, are added to the corn throughout these stages.  Caustic soda and hydrochloric acid are added throughout the various stages in order to keep adjusting the pH levels of the corn slurry. Mercury could potentially get added to the HFCS at any time during this process if sodium hydroxide (caustic soda) was created in mercury cell chlor-alkali plants.

Testing done by the US National Institute of Standards and Technology, and headed by the Environmental Health Officer, on a limited number of HFCS samples that used caustic soda from mercury cell chlor-alkali plants established that low levels of mercury were in fact present in the corn based sweetener. These findings sparked the FDA to collect samples from a number of HFCS manufacturers to be further analyzed for mercury contamination.  Twenty samples from HFCS manufacturers were collected and tested. Nine of the samples contained mercury, while eleven did not. Out of the eleven that were mercury-free, nine were made by the same manufacturer, most likely using the more efficient membrane technology to produce caustic soda. Out of the nine samples that contained mercury, eight were produced by two manufacturers, most likely using mercury-cells. Whether or not a HFCS manufacturer uses membrane technology or mercury cells cannot be established because it is considered “proprietary information” which system is used, and thus establishing the true sources of mercury contaminated HFCS is near impossible.

The sample size tested was extremely small, and not enough data was collected to create any real picture of mercury contamination in HFCS. Private laboratories and universities attempted to collect samples for their own independent testing, but the manufacturers refused to comply.  As a result, no further testing has ever been done on mercury in HFCS in the US. But after the discovery of mercury in HFCS, several countries in the European Union conducted their own studies and reported finding traces of the deadly metal in beverages, cereals, bakery ware, and sweeteners, which all contain HFCS. In 2003, the FDA, under the Total Diet Study program, tested 48 foods for mercury contamination, only 3 of which may have contained HFCS. No other testing has been done by the US government, even when they know the dangers lurking in everyday foods. This shows that the FDA is not taking HFCS seriously and is not targeting it as a food that needs to be more closely examined and studied for saftey.

The US government currently only regulates methylmercury in fish, while other nations regulate mercury in all foods. The problem with not regulating the amount of mercury in food is that this toxic heavy metal builds up and does not leave the body. This means that long term exposure to mercury could have disastrous effects on a person’s organs and nervous system. Furthermore, there is not enough data on what mercury does to an individual. What we do know about mercury comes from the few historical incidents where mercury exposure has caused death, neurological damage, nervous system deterioration, and fetal deformities.  Ten-percent of foods consumed by Americans each year contain HFCS, and who knows how much of this HFCS is being contaminated with mercury. The US government has set the limit on methylmercury at 1µg for fish, but given the fact that the long-term effects of mercury are unknown, it is ultimately impossible to establish any exposure to limit to mercury. The acceptable limit to mercury should be set at ZEROµg.”

HFCS has been used in countless products since the 1950s. Think of all the foods you have ate throughout your lifetime that have possibly contained mercury contaiminated HFCS. How much mercury is sitting in your body, disrupting cellular functions, and causing unnecessary pain and ailments right now? If there is mercury in HFCS, and the government and no one else knew about it until 2003, think about all the other contaminants that we aren’t aware of and are ingesting every single day. Since zeolite works as a detoxifier, especially against heavy metals like mercury, it should be taken every day to guard against any ingestion of toxic elements.